Warning: Parameter 1 to wp_default_scripts() expected to be a reference, value given in /homepages/19/d267500331/htdocs/memsports/wordpress/wp-includes/plugin.php on line 546 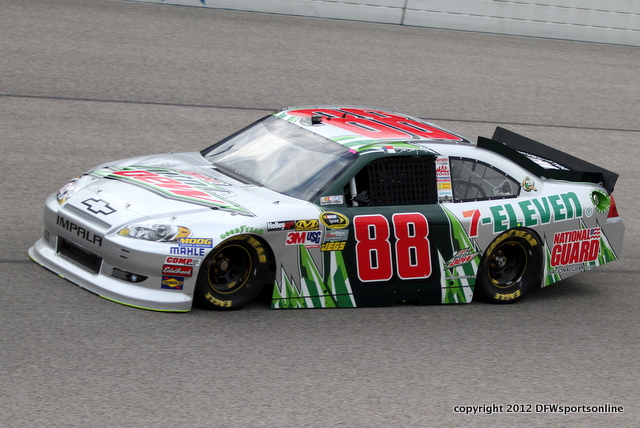 DAYTONA BEACH, Fla. (Oct. 16, 2012) – NASCAR today announced a number of competition changes for the 2013 season, highlighted by a new qualifying format in the NASCAR Sprint Cup Series that places a greater emphasis on speed.

In NASCAR Sprint Cup competition, the series will move to a 36-6-1 format where the fastest 36 cars will make the race on speed.

The next six highest ranking cars in owners points that have not already earned a starting position through qualifying and who have entered the event by the posted entry deadline will also make the field. The final starting position will be awarded to the most recent eligible past champion driver. If there is no eligible past champion driver, then a seventh car will make the field based upon owners’ points.

Provisional positions in the 36-6-1 format will be lined up by owners’ points, not speed.

Since 2005, the top 35 cars in owners’ points were guaranteed a spot in the field. Now, only a maximum of seven cars will be locked into a given race.

“This is a big win for our fans,” said Robin Pemberton, NASCAR vice president of

In 2013, the qualifying order for NASCAR Sprint Cup Series events will return to a random draw. However, in the event qualifying is canceled due to rain, the field will be set per the rule book and the starting lineup will continue to be determined by practice speeds.

Beginning next season in the NASCAR Sprint Cup Series, there will be up to four tests per organization available to teams at tracks at which the series competes. Since 2009, teams could only test at tracks that did not hold NASCAR national series events.

“We feel like it’s time to open that up and allow the teams to manage their testing and get back to facilities that host our events,” said Pemberton. “We made the decision at the end of 2008 to restrict testing, primarily for economic reasons. Now we believe it will be best for the garage and for the tracks to have some testing return in 2013.”

For the NASCAR Nationwide and NASCAR Camping World Truck Series, starting in 2013, there will be up to two tests per organization at tracks where those series compete. If the organization has an official Sunoco Rookie of Year candidate, then that team will receive one additional test. Additionally, NASCAR will open track activity early for extended practice at two additional events per series, to be determined.

In an effort to strengthen the ownership base up and create a sense of urgency among teams to make races, the maximum starting field for the NASCAR Nationwide Series will be set at 40, as opposed to the 43-car field in previous years.

A maximum NASCAR Sprint Cup Series starting field will remain at 43 cars while the NASCAR Camping World Truck Series will hold steady at 36.

This entry was posted in Motorsports, NASCAR. Bookmark the permalink.